All for Joomla All for Webmasters
HomeUncategorized Profile: Actis on why renewables make sense in emerging markets

Profile: Actis on why renewables make sense in emerging markets

The private equity firm has found that when it comes to making energy investments in emerging markets, clean energy is the way forward. Peter Cripps reports

More than 80% of Actis’ latest energy fund is invested in renewables.

This is not because the $1.2 billion fund, which is now fully allocated, has an environmental mandate – in fact, the fund is described as ‘technologically agnostic’.

It is because private equity firm Actis, an emerging markets specialist, increasingly finds that in the countries in which it invests, renewables are a logical choice.

“We do whatever makes sense in our markets, and in our markets, that’s [increasingly] renewables,” says Shami Nissan, director and head of responsible investment at the London-headquartered firm, which has some $6.6 billion of funds under management.

The reason behind this trend is the well-documented, and dramatic, falls in the cost of solar and, to a lesser extent, wind energy which has helped make these technologies competitive with fossil fuels even without subsidies in many markets. 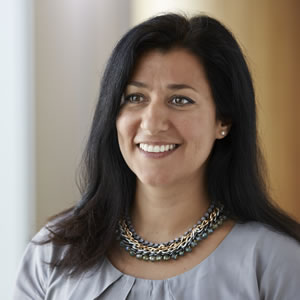 In many parts of Latin America, Africa and Asia, renewables represent a compelling opportunity, driven by the need to connect millions of people to the grid, and often helping them move away from dirtier forms of heating and lighting.

Actis has so far raised three energy funds, which between them have invested $2.6 billion, and can claim to have generated 14.5GW of energy, most of which is clean, supplying 65 million people.

Some 84% of the energy generated from fund three comes from renewables. The remaining 16% comes through a majority stake in Cameroon’s Eneo, a utility whose activities include generating power from burning oil and gas.

Actis declines to comment on when it will raise its next energy fund.

The company’s energy team has already exited from 21 transactions. One high profile exit came in October last year, when Actis sold Globeleq Africa, the biggest power generation platform on the continent, with 1.2GW of gas, heavy fuel oil, wind and solar technologies. A company owned by the Norwegian investment fund for developing countries, Norfund, paid $227 million for a 30% stake. And CDC Group, the UK government’s development finance institution, which already held a majority indirect investment in the company via the second Actis energy fund, transferred its interest into a new company owned jointly with Norfund.

While investing in emerging markets brings its own set of risks that can deter many investors, these energy markets are growth stories, and Actis argues that they offer good risk-adjusted returns, although it refuses to discuss figures.

“On the north-east coast of Egypt, the wind blows three times as much as onshore Germany,” says Lucy Heintz, a partner and director of energy at Actis. “You are selling energy in a market that’s short of electricity. In Europe, demand is shrinking.

“It’s so exciting that you have a market that needs electricity urgently, the government wants to transform its economy, and renewable energy is a cost-effective solution. That’s very alien to people sat in Germany or utilities currently trying to restructure their businesses in those markets. We don’t have a debate about the Production Tax Credit or the Investment Tax Credit, or other subsidy mechanisms, like in the US.”

Investors are getting more and more interested in the climate story. For limited partners, climate change is now the first, second and third highest thing on their [ESG] agenda.

She adds that Actis typically looks for projects which have a bilateral power purchase agreement with an offtaker backed by credit support or government guarantee.

The strong exposure to renewables in Actis’s funds, provides an added appeal to some institutional investors, for whom addressing climate change is moving up the agenda. 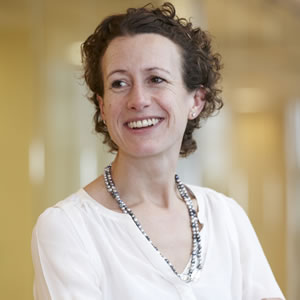 “Investors are getting more and more interested in the climate story,” adds Nissan. “For limited partners, climate change is now the first, second and third highest thing on their [ESG] agenda. The amount of questions we get on this has gone through the roof since the Paris climate agreement.”

“We are almost exclusively renewables in fund three. It’s only a good thing for Actis.”

The company builds platforms specifically for the regions in which it invests andits latest fund (fund three) is invested in five renewables platforms:

These platforms are designed to survive independently after Actis exits, with their own management boards. Importantly, they also have their own ESG team, with a head of ESG, to help guide their investment decisions.

“So, even when Actis has gone and the company lives on, they will be able to manage these issues,” says Nissan.

Examing the impact of real esate

Actis said the model enables it to “track and measure changes in performance over time and identify the greatest opportunities for improvements”.

Actis also has a ‘green by design’ approach, which has delivered the first LEED-certified retail mall in East Africa, the first commercial building in Nigeria to achieve LEED certification in both design and construction, and the first green-rated building in Ghana.

“We build long-term businesses which can be creditable long-term partners for government offtakers and communities,” adds Heintz.

“ESG risks are more acute in our markets than in OECD markets,” argues Nissan. “We have a very well thought-out, comprehensive strategy approach to manage and mitigate that. All five platforms have a community investment strategy.

“In India a new company Bill was passed that said 2% has to go to CSR. Ostro echoes that.”

The importance that Actis places on embedding ESG across all of its activities, is perhaps born from its CDC heritage. Actis is a signatory of the UN-supported Principles for Responsible Investment and was established in 2004 after spinning out from CDC Group, which was established in 1948 to promote private sector investment in former British territories.

Another notable feature of Actis’s approach is its model for assessing the impact of its investments. This impact model, devised in 2011, is based on concepts devised by NGO Forum for the Future, and measures the impact of projects and companies in terms of metrics such as tonnes of greenhouse gas emitted, the amount of water used, and the number of jobs created.

Actis believes the model will help it “drive greater value and more successful outcomes” for its portfolio companies and the communities in which they operate.

Its impact model has been hailed by Jonathon Porritt, founder and director of Forum for the Future, as “a brilliant act of leadership”. He suggested that it offered a model for other private equity firms to adopt.

“Actis is not about old fashioned private equity – it’s about resilient companies for the long-term, which stems out of the CDC heritage from which it was spun out,” says Nissan.